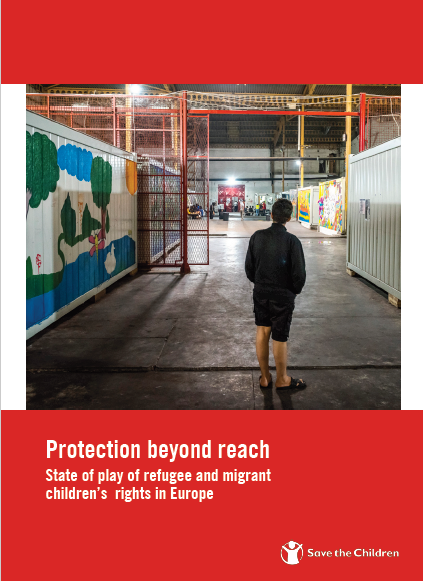 Since the tragic death of Alan Kurdi, the arrivals by sea from northern Africa have continued, and children continue to drown on the EU’s watch.

In the last five years, the report released by Save the Children estimates that more than 210.000 unaccompanied children arrived in Europe. Over 15.000 people lost their lives at sea.

The report Protection beyond reach - State of play of refugee and migrant children’s rights in Europe aims to assess how children have been affected since the beginning of the socalled ‘refugee crisis’.

“When we try to cross the borders we get beaten by the police, badly. They are often very rude. I think they want us to feel afraid to try again. I haven’t seen my family for a long time now, I left to go to Europe because there was nothing for me in Syria, or Lebanon, or Turkey." Ahmed, 15 years-old boy who fled Syria and is now in Belgrade, Serbia.