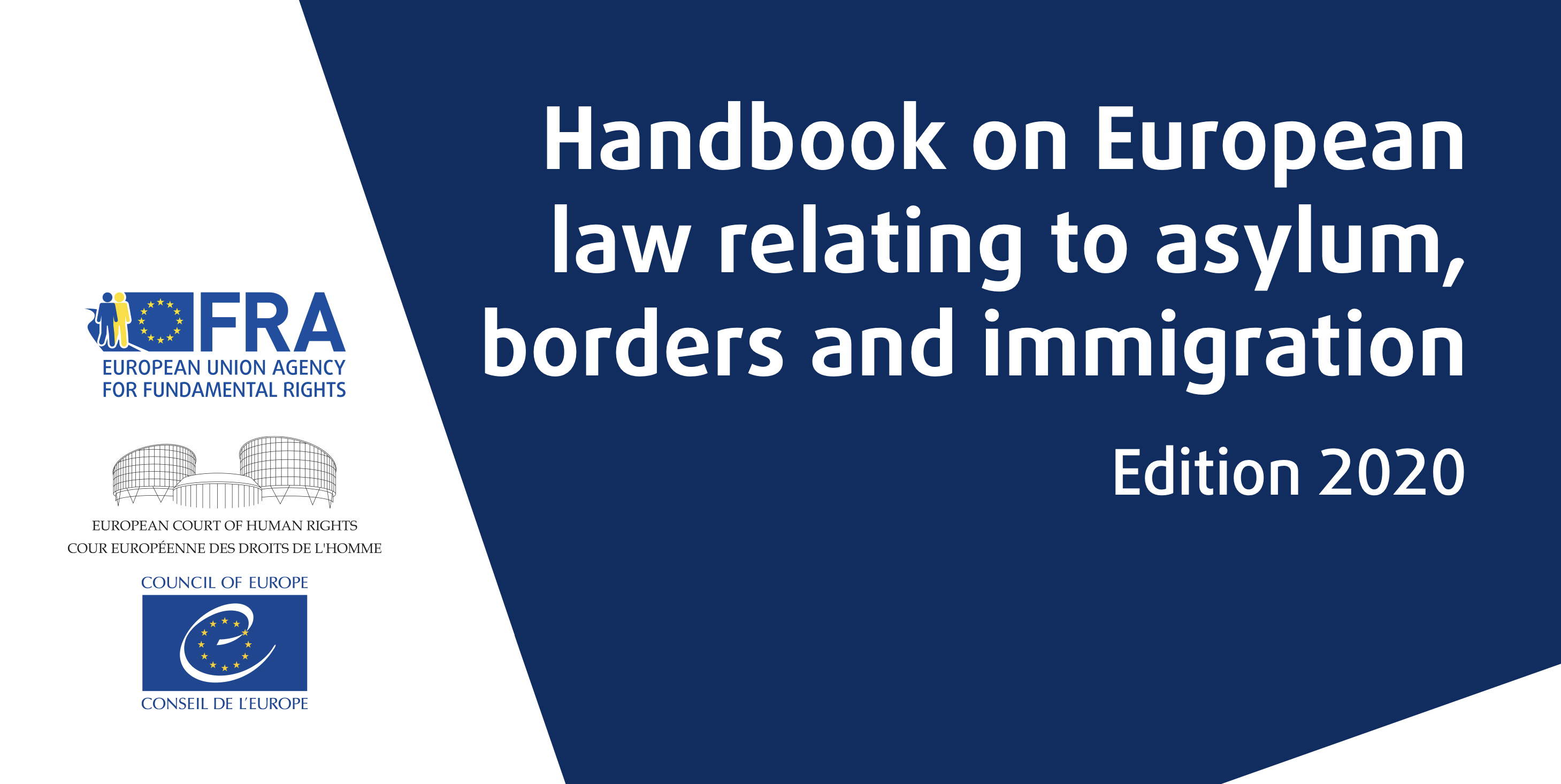 The EU Agency for fundamental rights (FRA), the Council of Europe and the European Court of Human Rights have recently released the Handbook on European law relating to asylum, borders and immigration - Edition 2020, that is intended for lawyers, judges, prosecutors, border guards, immigration officials and others working with national authorities, as well as national human rights institutions, non-governmental organisations and other bodies.

The handbook provides an overview of the law applicable to asylum, border management and immigration in relation to European Union (EU) law and the European Convention on Human Rights (ECHR). It looks at the situation of those foreigners to whom the EU usually refers as third-country nationals, although that distinction is not relevant to cited ECHR law.

A specific section is devoted to persons with specific needs: certain groups of individuals who could be classified as especially vulnerable and requiring specific attention, such us the unaccompanied children (Chapter 10, §1). The term "unaccompanied minors" is used to describe individuals under the age of 18 who enter the European territory without an adult responsible for them in the receiving state (see Qualification Directive (2011/95/EU), Article 2 (l)). There are key provisions of EU legislation on asylum and immigration that address their situation, which will be reviewed in that section, with a particular reference to "reception and treatment" (§ 10.1.1) and "age assessment" (§ 10.1.2).